Good morning!  How did everyone’s weekend go?  I was actually able to sit down and get some writing done which was fantastic.  And this is one of the stories that got written that I am sharing with you today.

This story is an Adventure, so I hope you enjoy! 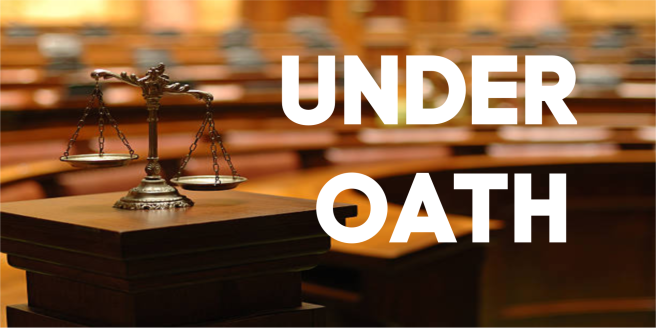 “Can we have some order in here please?”  The judge banged her gavel against the stand to quiet everyone who was in the courtroom.  Baylor sat with his head in his hands, still not sure of what was going to happen at the end of the day.  His life was at risk here for something that he didn’t do. And no one would believe him if he told the truth.

But…Baylor didn’t go into the store that night.

He couldn’t lie, he had been at the robbery that night.  But he didn’t go inside the store. He was only the driver and he was in the car the whole time.  He fled the scene as soon as his accomplice got into the car. They drove away as fast as they could, hoping that they wouldn’t be caught.  But unfortunately it didn’t happen that way.

Baylor sat behind the table and was ready to let the police him to jail.  He was given a plea deal if he gave up his accomplice, but he wasn’t sure if he wanted to do that or not.  So he didn’t. Baylor was willing to take all of the blame since it was his car and everyone thought he was the one who did it.  He was the one responsible.

The judge hit her gavel against the stand again and everyone quieted down.  She looked at the prosecuting attorney with a solemn look on her face. “Do you have any other questions for witness?”

The attorney shook his head.  “No ma’am. That is it for now.”  He sat down behind his side of the table, shooting a nasty glace at Baylor.

Baylor’s attorney grabbed his arm.  “I’m sorry Baylor. I don’t know how we will win this.”

He let out a sigh.  “I…I need to get on the stand.  I have something that I would like to say…please.”

“I don’t think that’s a good idea Baylor.  We are trying to get you the least amount of time for you in jail.”

Baylor turned and looked at his attorney.  “Please. Please let me do this.”

The audience gasped and started to murmur amongst each other.  Baylor slowly stood up and the bailiff led him to the witness stand.  He sat down and his hands were uncuffed from the handcuffs. He placed one hand on the Bible before agree to tell the truth, the whole truth, and nothing but the truth.  Baylor nervously tapped his foot on the stand as he waited for his attorney to ask him questions.

Attorney Gong walked up toward the witness stand with a slightly confused look on his face.  “Mr. Hanson. Could you please tell me what you were doing on the night of the 17th of April.”

Baylor let out a sigh.  “I…I planned a robbery with my brother Brandon at Martin’s Grocery.”  He slowly lifted his head to see his brother stand up and try to make his way out of the courtroom, only to be stopped by the officers in the back.  “I did not want to take a part of the robbery but Brandon finally convinced me that nothing bad would happen. All I needed to do was drive the car to Martin’s and he would take care of the rest.  So that’s what I did.”

He looked past Mr. Gong and saw an officer slowly getting closer to Brandon, who had returned to his seat.  Mr. Gong sat against the table and look at Baylor in the eye. “So all you had to do was drive the car?”

“Yes sir.  Brandon doesn’t have a driver’s license so he asked if I could drive him there.”

“And you didn’t think you would get in trouble?”

Baylor shrugged.  “I don’t know. I thought that Brandon would take the blame for the robbery since he actually did the robbery.  But instead I got all the blame put on me.” The audience was dead silent as they waited to see how Baylor was going to answer.  “I didn’t expect Brandon to kill anyone. I actually didn’t know he had a gun. He just told me to park the car and wait until he came back.  So I sat back and suddenly the door opened and Brandon slid back in the seat. He handed me $500 and said he wasn’t able to take much more than that.  And we drove home.”

Mr. Gong stood up and started pacing around the courtroom.  “Did it ever occur to you that you were doing something wrong?”

“Yeah I did.  But I knew that Brandon had done it before and he hadn’t been caught.  So I trusted him.”

“So why did you take the blame?  Why didn’t you tell anyone that you weren’t in the store?”

Baylor took a long breath.  “Because…I didn’t want my little brother to go to jail.  As your older brother you are supposed to protect your younger siblings.  You sometimes take the blame so your siblings are still safe. So that’s what I was going to do.  Brandon is still a minor and I couldn’t imagine him spending the rest of his life in jail. When he blamed me, I thought it was actually the best decision.  I was willing to take the blame so he could still live a normal life.”

“So what changed your mind?”

Baylor had to close his eyes and trust himself.  He knew what he was going to say would tear his family apart but he had to tell the truth.  After all, he did swear on the Bible. “I have decided that I have to be a big brother and teach my younger brother a lesson.  I can’t always take the blame for him and try to cover his tracks. I need my brother to know right from wrong, something that I haven’t been very good at teaching him so far.  I want my brother to finally learn his lesson and stand up for himself for once. I’m tired of making sure that he is safe even when my life is at risk. So Brandon.” Baylor stood up and pointed at his brother.  “I don’t care if you hate me for the rest of your life but you need to take your own blame. I can’t always protect you and I am putting my foot down.”

The whole audience erupted as Brandon was arrested in the courtroom.  The judge banged her gavel multiple times to try to create some sort of order but it didn’t work very well.  Baylor sat down in his chair as Mr. Gong came toward him and tried to tell Baylor something, but they couldn’t hear each other.

Baylor still wasn’t sure how he should feel about this situation.  He was upset that it had to come to this, but he was glad to get everything off of his chest.  He wasn’t the one to blame, it was Brandon. Baylor knew his life and Brandon’s life would never be the same after today, all because of what Baylor said under oath.